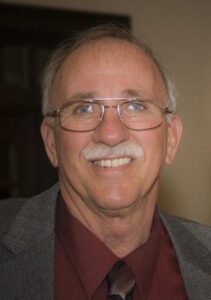 Bill Rhodes, age 77 of Covington, GA (formerly of Martin, GA and Conyers, GA) passed away at his home on Thursday, April 14, 2022. He was a beloved husband, father, grandfather, and great-grandfather. Born July 21, 1944, in Greenwood, SC, he was preceded in death by his parents Willie Finley Rhodes and Raymond Corbin Rhodes; sister Sara Rhodes Shiflet; niece Pamela Shiflet Yates; and his grandson Finley Ray Rhodes. Bill was a 1963 graduate of Crescent High School in Iva, SC.  He then joined the Army and served as a Staff Sergeant, stationed in Sinop, Turkey until 1969.  After that, he continued his service with the National Guard and Army Reserve until 1973. He spent 12 years with George Hyman Construction as Superintendent, working in the Washington, DC, Northern VA, and Atlanta, GA area.  He spent 4 of those years working on the major expansion of Atlanta Hartsfield Airport.   He was then a General Superintendent with Holder Construction where he retired after 30 years in 2013.  During his time there, he built numerous buildings in Atlanta, GA, Tampa, FL, Columbia, SC, Raleigh, NC, Charlotte, NC, Kings Mountain, NC, Herndon, VA and at Clemson University. After retirement Bill enjoyed being on the Board of Directors for the Stephens County Habitat for Humanity program and an Officer of the Winsor Shores Homeowner’s Association. Bill is survived by his loving wife of 59 years, Sandra; his sons and their wives Jeff & Pam Rhodes and Wil & PJ Rhodes; his grandsons and their wives Chase & Megan Gilbert, Cameron & Jessica Gilbert, and Corbin & Alexus Rhodes; his great grandchildren, Gavin, Grayson, Payton, Cambreigh, Braxton, Elayna, and Raelyn; and numerous family and friends across the United States.  He is also survived by his beloved poodle Bandit. A Celebration of Life will be held at 2:00 pm at Lawson Funeral Home in Hoschton, GA on Sunday April 24, 2022.  The family will receive friends one hour prior to the services at the funeral home.  In lieu of flowers, donations can be made to the Stephens County Habitat for Humanity program in Toccoa, GA, an organization very dear to his heart habitattoccoa.org . Arrangements by Lawson Funeral Home 4532 highway 53, Hoschton, Ga 30548. 706-654-0966. Lawsonfuneralhome.org.