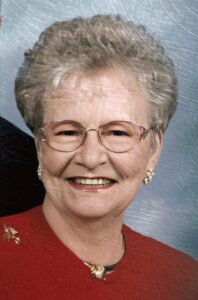 Doris Garrison Hipps departed this life and the pain which had dampened her indomitable spirit on Thursday, September 8, 2022.

Doris was born September 22, 1928 in Alamo, GA to the late Sunie Elton and Enoch E. Garrison Sr. She was the third of four surviving children born to her parents; a self-proclaimed tomboy who preferred climbing trees, wearing overalls, frog-gigging, and getting into whatever mischief she and her younger brother Paul could dream up.

Her family lived in Atlanta until 1937 when her father left the comforts and chaos of the city and moved to a farm in McAlpin, FL with no running water or electricity and a two-seater outhouse at the start.  However, Doris loved living on the farm and took every opportunity to go back to the old home place after marriage and family moved her out of state.  She graduated from the old McAlpin Elementary in 1943 and Suwanee High School of Live Oak, FL in 1946. She was a majorette and snare drummer in the marching band who found she could still make the sticks dance at 75.

Doris enrolled at South Georgia College and met her future husband, Harry Hipps while waiting tables at the school. She left college in 1947 and worked for Standard Oil in Jacksonville, FL before marrying Harry in August 1948. Harry was recruited to the Erskine College football team later that month and they moved to Due West, SC for the next two years. Doris continued working in marketing and bookkeeping while Harry finished school and led the Erskine team to a storied win over Florida State.

Harry’s first job took them to Ridgeland, SC and Doris continued bookkeeping until the birth of her first child. She quit working full time but continued to offer her bookkeeping skills seasonally to various small businesses at tax time. She had a shrewd business mind and was a skillful negotiator. She could talk the shirt off the back of a car salesman and he’d thank her for it. She was a Census taker and worked the polls for about every local, state or national election from 1960 to 2006. At 61 she’d agreed to help at her favorite store for a couple weeks during the busy Christmas season. She brought in so many sales they asked her to stay and her couple weeks turned into 9 years. She loved her job at Jones-Smith Jewelers, was beloved by her co-workers and the public. She was most proud to be recognized as salesperson of the year for Cyma Watches.

Doris was very involved in her community wherever they lived. She was a Sunday school teacher, a VBS worker and volunteered at school with all three of her children. She was a baseball and football mom, a gymnastics and tennis mom and rarely missed a meet or a game. She was involved with Girl Scouts for 11 years, became a Senior troop leader in 1969 and took her Walterboro troop on a trip to the Bahamas. She volunteered at the Florence Little Theater for 6 years, was a member of John Calvin Presbyterian’s first Hand Bell Choir. She was a member of the McLeod Hospital Volunteer Auxiliary from 1989 to 2004 becoming vice president her final year before moving to Surfside. Following the move to Surfside, she became involved with Surfside Presbyterian and learned to knit in her late 70’s making blankets for the local NICU.

A bout with breast cancer in 1988 introduced her to the Reach to Recovery program through the American Cancer Society. Talking with a breast cancer survivor throughout her own recovery journey made such an impact she became a volunteer herself. Doris spent more than 10 years as a Reach to Recovery peer volunteer visiting with numerous women of all ages facing breast cancer treatment while offering the same comfort, understanding, encouragement and hope she had received.

Doris was a founding member of the Granny Dancers, a group of senior cancer survivors who debuted in 1991 at the first annual McLeod Follies. What was meant to be a one time performance for the fundraiser, turned into an inspiring group of dancing women who boot scooted their way into the hearts of thousands of people across SC. Doris danced with them for 15 years at nursing homes, churches, hospitals, numerous local and regional festivals, were the openers for the SC State Fair and regular entertainers at the state’s Senior Olympics. They chose their music, created their own choreography, and Doris, a master seamstress, designed and sewed all the themed costumes the Grannies wore from Cowgirls to Kitty Cats and even Carmen Miranda- complete with headdress. When the group decided to add jazz and tap dance to their routines, Doris fulfilled a childhood dream of learning to tap…at the age of 72.

Doris loved the beach and she loved to travel. She and Harry made trips to various places across the US when their children were young. In their 60’s, she and Harry learned to snorkel on their cruise to the Bahamas with friends; they celebrated their 50th anniversary with a trip to the British Isles. Other special travels were the trips to Maine and Sanibel Is, FL with daughter Stacey, cruising to Hawaii with daughter Carol and granddaughter Jenny, annual beach vacations with her son Mike and his family and a once in a lifetime girls trip to Italy, France and Spain with Carol, Stacey, Jenny and daughter in law, Michelle. Of course they always welcomed family and friends to their home at the beach in Surfside.

Doris was known as much for her sass and vinegar as she was for her care, compassion and generosity. She always had her nails done, her “hair did” and never left the house without wearing red lipstick. She wore the latest fashion even at 90 and if it wasn’t brightly colored, she wasn’t going to wear it. She always cheered for the underdog and could sense when someone needed a little extra attention and care.  She loved fiercely, was a loyal friend, had a quick temper, rarely held a grudge, loved her some Chick-Fil-A, could out negotiate just about anybody, loved to laugh, never could drive past a hot doughnut sign at the local Krispy Kreme and was always ready for an adventure.

Doris was predeceased by her parents, her brother Enoch E. Garrison Jr, her sister Mary Frances Bell, her fellow mischief maker, brother Paul E. Garrison and his wife whom she loved like a sister, Ruth Green Garrison, her beloved husband Harry B. Hipps and her much missed son Michael T. Hipps.