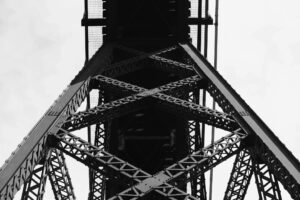 Douglas Wayne Grimes, age 78 of Gainesville Georgia passed away Monday, April 5, 2021.  A Celebration Of Life Service will be held at a later date.  Mr. Grimes was born April 12, 1942 in Atlanta, Ga to the late Ralph and Essie Williams Grimes.  After high school he joined the United States Army and was on his way to becoming a member of the 82nd Airborne Division before being discharged medically due to an injury.  For the next 25 years he worked as a Mill Wright at Atlantic Steel in Atlanta, GA.  A Mason who was involved in the Bethlehem and Winder Lodges.  He volunteered with the Barrow County School System as one of their mentors.  He enjoyed reading and panning for gold.  His family said he was a diver earlier in life and would explore different area’s for Indian artifacts.  His grandchildren were very important to him, he loved them dearly and supported them in every way he could.  He is preceded in death by his brother Hoyt Grimes.  He is survived by his Son and Daughter-In-Law; Tracy and Michelle Grimes of Gainesville, Ga.  Daughters and Son-In-Laws; Vicki Christena and Michael Saxon of Winder, GA.  Leanne Kaye and LeRoy Roth, Lenore Lynn and Tracy Smith both of Oregon.  Grandchildren;  Michael Shane Saxon, Christopher Chad Saxon, Haley Michelle Grimes, Emily Jordon Grimes, Levi Roth, Leif Roth and Wyatt Smith.  Lawson Funeral Home in Charge of Arrangements located at 4532 Highway 53 |  Hoschton Georgia 30548 | 706-654-0966 or visit us at www.lawsonfuneralhome.org and leave online condolences for the family.