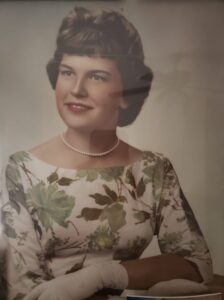 Jane Tiller of Braselton was a loving, compassionate wife, mother, grandmother, sister and friend. She departed this world in the early morning of August 4, 2021 at the age of 78. Jane was born to Kessley and Hazel Carnes on April 7, 1943. In high school she met the man that she would spend the rest of her life with, William (Bill) Tiller and the two were wed on February 12, 1961. Together they raised 4 children, Jyminia Tyree, William Kenneth, Jr, Joseph Kevin and Cheryl Renee. Jane was also grandmother to Michael Alexander, Matthew Avery, Christopher William and Tierney Kathleen. All of whom she is survived by, along with brothers Kess and Randy. Jane was proceeded in death by her parents as well as brothers Russell, Gary, Darrell, Carney, Hershey, and Larry. After serving with her husband as ministers in the Salvation Army, she built a home for her family and later in life was Owner/Operator of Ja-Bil Photos, creating pony portrait memories for countless parents of their children. Jane had a gift with children, especially younger ones. She could calm a crying baby and bring them to joyful laughter in just a short time while bouncing on her knee. A Memorial Service to celebrate the life of Jane Tiller will be held at Lawson Funeral Home Chapel located at 4532 Hwy 53 Hoschton, GA 30548 at 11:00am on Saturday August 14, 2021. Jack Chalmers will be officiating.  In lieu of flowers please make a donation in Jane’s name and honor to The Alzheimer’s Foundation of America (www.alzfdn.org) or The American Diabetes Association (www.diabetes.org).  Arrangements made by Lawson Funeral Home, 4532 Hwy 53, Hoschton, GA 30548, www.lawsonfuneralhome.org. 706-654-0966.