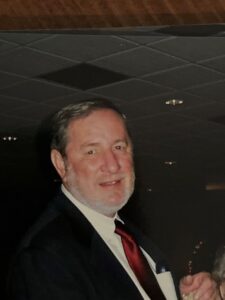 Lynn Neal Schmidt, age 73, of Dacula passed away Thursday, April 8, 2021.  Born in Enid, Oklahoma by his late parents Harold and Fern Breihan Schmidt.  Lynn was married to the Marylie Schmidt for 44 years prior to her death in 2020 .  He was a football star a this Garber High School.  He served in the United States Army from May 1970 to November 1971.  He received a Geography degree from Oklahoma State University.  Upon graduation, he moved to Atlanta where he eventually owned his own business of poured concrete foundations.  He was part of the first poured concrete foundations in Atlanta.  Lynn was strong gin his faith, a loyal friend, a loving husband and father.  He was an avid fan of his alma mater and of the University of Georgia.   Survivors include his daughter Susan Caldwell and husband Mark of Athens; grandchildren Caroline Caldwell and Andrew Caldwell both of Athens; his late brother Jerry Schmidt and  sister in law Sue of OK; nephews Byron, Darin of OK and Jeff of TX; and his dog, Rags.  Lynn and Marylie are interned together at Georgia National Cemetery in Canton, GA.  In lieu of flowers, contributions may be made to a charity of your choice.  Lawson Funeral Home, 4532 Hwy 53, Hoschton, GA, 30548, www.lawsonfuneralhome.org, 706-654-0966.