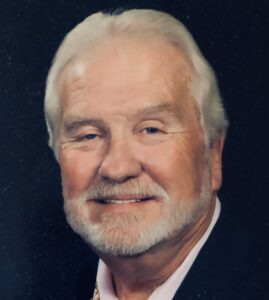 William Lee Knott, age 70 of Snellville, Georgia passed away peacefully on Sunday, December 27, 2020. Will, as most knew him was a beloved Husband, Son, Brother, Papa and Friend. He was born in Atlanta, GA and attended Bass High School, where he played football. Upon graduation, he joined the United States Navy. Will enjoyed shooting sport clays and hunting quail. He loved remodeling projects. One of his gifts in life was taking something old and creating something new and beautiful. He was very good at that. You could often see him riding around in that red truck of his. He was a member of Snellville United Methodist Church. He was preceded in death by his daughter Crystal Knott; Parents Lee and Zelma Knott, and brother Toby Cain. Will is survived by his wife Linda Knott of Snellville; Daughters; Kelly Skelton and husband Brad of Dacula; Kristy Larson and husband Troy of Suwanee. Brother Jack Kilgore; Best Friends Steve and Deedie Golden; Grandchildren; Kaitlyn Waldrep, Carson Krueger, Owen and Evan Connell. Mr. Knott will be buried at Georgia National Cemetery in Canton, GA with Military Honors. The family will hold a Celebration of His Life at a later date. Donations can be made to the American Heart Association in his memory. Arrangements by Lawson Funeral Home, 4532 Hwy 53 Hoschton, GA 30548. www.lawsonfuneralhome.org 706-654-0966.