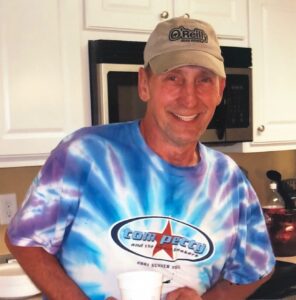 Donald Ray Burnett, age 61 passed away Wednesday February 10, 2021.  The family will Celebrate his life on Saturday February 20, 2021 at 2:00pm in the Sanctuary of First Baptist Church of Carl, located at 1588 Carl-Bethlehem Road in Auburn, GA 30011.  He was born in Arkansas on January 13, 1960 to the late Elliott Adell and Lilly Hopkins Burnett.  After high school he joined the United States Army.  During his 4 years he was assigned to Company C  39th SPT BN based out of Stuttgart, Arkansas.  He was a hard worker, he drove concrete trucks most of his life.  Before retiring he was with Ernest Concrete Company.  His family said that he always read his bible daily and would watch sermons on TV most every Sunday.  He loved racing and anything that involved cars.  His son, Donnie mentioned his love for growing things in the garden.  Fishing was another hobby he enjoyed doing.  He is survived by his wife, Elizabeth Ortego; Sons Donnie Burnett and Cody Ortego;  Daughters Samantha Burnett, Ashley Moon and Danielle Filyaw; Brothers Walter and Elliott Burnett;  Sisters Mary Faye, Ida Lee Adams and Pammie Tangtong;  Grandchildren Eleanor Burnett, Taylor Ortego, Amy Coulson, Kaitlin Moon, Brooklyn Moon, Hannah and Lillie Filyaw.  The family will gather following the service at the church.  Lawson Funeral Home and Cremation Services in charge of arrangements, 4532 Highway 53 * Hoschton, Georgia 30548 * 706-654-0966.  Please visit our website to leave online condolences for the family at www.lawsonfuneralhome.org.