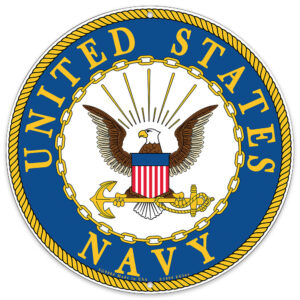 Nelson Byrd, Age 96 of Buford, Ga  passed away Saturday March 13, 2021.  Funeral Services will be held Friday, March 19, 2021 at 1:00pm with Military Honors in the sanctuary of Mt. Salem Baptist Church located at 6152 Mt. Salem Circle; Flowery Branch, Ga 30542.  Mr. Byrd was born March 31, 1924 in Sumrall, MS to the late George and Mary Dean Byrd.  After high school he went on to college where he received an Associates Degree.  In 1942, he enlisted into the United States Navy.  After serving 6 years of active duty and 14 years in the USNR, he achieved the rank of RM2 (Radioman Petty Officer 2nd Class).  He was a veteran of WWII and the Korean War.  During WWII he was assigned to the USS Pelias, On 22 June of 1942 he joined his crewmates in Melbourne, Australia.  Between 1942-1944 she overhauled, repaired, and refitted 53 submarines of Submarine Squadron 6, 12, and 16.  During the Korean War he was assigned to the USS Epping Forest LSD 4 and with his crew was responsible for helping carry and land amphibious landing craft and other equipment.  His family said he loved the Lord, America and People.  He was a traveler who loved fly fishing, playing golf and reading.  He was preceded in death by his wife Virginia Mae Byrd.  Mr. Byrd is survived by his Soul Mate Mary Frances Peters of Flowery Branch, GA.  Son and Daughter in Law Ronnie and Debra Byrd of Buford, GA.  Brothers Dan Byrd Jr of Corvallis OR and Richard Byrd of Caldwell, ID.  Grandchildren; Daniel Byrd, Casey and Vanessa Byrd, Carrie and Dylan Sowers.  Great-Grandchildren Nelson Byrd, Noah and Logan Sowers.  Mr. Byrd will lie in state at the church one hour prior to the service on Friday.  Lawson Funeral Home in Charge of Arrangement located at 4532 Highway 53 * Hoschton Georgia 30548 * 706-654-0966.  Please visit our website to leave online condolences for the family at www.lawsonfuneralhome.org.